The inductees were nominated by members of the Private Officer International association, and voted on by the Board of Directors for their heroic actions during a major life-threatening situation or for their continued professional enhancement of the private security industry.

ROBERT COCHRAN
BOSTON MA
Robert spent 42 years in law enforcement and private security protecting lives and property while risking his own life numerous times. Robert was shot and nearly escaped death during an  armored car robbery but heroically fought back injuring one gunman while providing vital information that led police to capture the remaining two robbery suspects Robert is a strong leader, respected professional and an exemplary public safety professional.

DR. DAVID HEAUKULANI
HILO HI
Former Chief of Police, and Professor at the University of Hawaii. A 30 year career in Law Enforcement and Private Security.

JOHN GOODRICH
FLINT MI
Killed in the line of duty.

DERRICK BRUN
RED LAKE MN
Officer Derrick Brun was working at the Red Lake High School as an unarmed security officer in May 2005 when heavily armed 16 year old student Jeff Weise entered the school. Brun confronted the suspect allowing another security officer and numerous students to flee. The suspect shot Officer Brun and then went on a shooting spree killing 9 others. Because of the selfless actions of Officer Brun, numerous students and staff were unharmed.

DERRICK MCFARLAND
BLACKSBURG VA
Officer McFarland was employed at the  Montgomery Regional Hospital in Blacksburg VA. and was shot and killed in August 2006 while attempting to stop the escape of a prisoner who had been brought to the facility for medical treatment. The suspect managed to disarm and kill a deputy sheriff and officer McFarland and was later captured. McFarland leaves behind his wife Cindy, and the couple’s two children.

DAVID RYAN TRIPP
TITUSVILLE FL
While working an unarmed security patrol at the Great Outdoors RV Park and Golf resort Officer Tripp encountered a fight involving several people. As he attempted to break up the disturbance he was killed by Shawn Cramer, a man who broke into the complex and killed three other people that night. Tripp put up a huge battle against the armed suspect and was credited by local authorities for his brave acts which prevented further deaths that night. Cramer was later captured and sentenced to prison for the murders.

CHERMAINE JOSEPH-QUETEL
MIAMI FL
Officer Quetel was on patrol of a MetroRail  train station when she was attacked and shot and killed. She was a dedicated, professional security and law enforcement practitioner. Quetel was a 5 year veteran of the  Atlantis Security Company and a former police officer.

KURT HUSTED
LAKEWOOD WA
While working as an armored car security officer for Loomis  in June 2009 Husted was shot dead during a robbery at an area Wal-Mart. He had been employed with the company for 16yrs and was a dependable, well-liked, professional private officer. Husted was an avid dirt bike racer and had plans of getting married and becoming a helicopter pilot. Four suspects have been arrested and charged with the robbery and murder.

MATT PRINDLE
DALLAS TX
In December 2008 Officer Prindle was an employee of US Security Associates assigned to a bank in the metro Dallas area when he encountered an armed man attempting to rob the bank. The suspect fired numerous shots striking Officer Prindle twice, once in the chest and once in the abdomen. Officer Prindle returned fire as he sought cover and struck the suspect at least once which proved fatal to the bank robber. Officer Prindle was also instrumental in evacuating bank employees and patrons and giving detail information to police via his cellphone as he took gunfire. Officer Prindle survived his wounds because he was wearing his body armour. This was not the first incident that Prindle has been involved in where his actions prevented harm or loss of life to his employer and he is regarded in the security industry as a highly professional, skillful private officer.

STEVEN TYRONE JOHNS
WASHINGTON DC
Special police officer Johns was killed in a gun battle at the U.S. Holocaust Memorial Museum in Washington  DC on June 10 2009 when a man armed with a rifle entered and began shooting. Two other officers engaged the suspect striking the suspect who they then took into custody. Johns was a well liked, professional security police officer who had worked at the museum for six years. Johns left behind a wife and a son.

HARRY WEEKS
WASHINGTON DC
Special police officer Harry Weeks was employed by the U.S. Holocaust Museum in Washington DC on June 10 2009 when an armed man entered and began shooting, striking Officer Steven Tyrone Johns. Officer Weeks and his partner, officer Jason McCuiston returned fire striking the shooter. The officers then took the shooter into custody preventing any further injury or death to museum employees or patrons. Officer Weeks is a 27 year veteran of the Washington DC police department who had recently retired and took a position with the museum.

JASON McCUISTON
WASHINGTON DC
Special police officer McCuiston was employed by the U.S. Holocaust Museum in Washington DC on June 10 2009 when an armed man entered and began shooting, striking Officer Steven Tyrone Johns. Officer McCuiston and his partner, officer Harry Weeks returned fire striking the shooter. The officers then took the shooter into custody. Because of the heroic actions of these officers, the shooter never entered the main area of the museum preventing any further injury or death to museum employees or patrons Officer McCuiston is a former U.S. Marine and Georgia police officer.

CHARLES BOWDEN
NEWINGTON CT
Was shot and killed during an armored car robbery.

Who doesn’t like to be rewarded for a job well done or for going above and beyond the call of duty.

Sometimes the acknowledgement of one’s accomplishments or sacrifice by a superior and the presentation of a physical reward, be it a plaque or a certificate can mean more than money itself.

As an organization, we realize that not every employer offers such a reward program or recognizes all who are deserving of their praise.

The Private Officer International organization helps to fill that void by offering a three tier award system which quickly, fairly and cost-effectively honors the valued employee.

Basically there are three ways for an officer to receive an award from our association.

You do not have to be an association member to qualify!

Our Awards Committee actively seeks out worthy recipients by combing through tons of newspaper articles, press releases and other public media to select men and women who have represented the security industry well or who have been involved in brave, courageous or lifesaving acts and the committee drafts a press release and issues the appropriate category of recognition.

The employer or third party may submit a recommendation briefly stating reasons for the recognition and the  appropriate Awards Packet including a press release will be mailed. No limits on number of awards.

A minimal administrative fee will apply.

An officer may self-submit a request with supporting documentation if available, stating actions that warrant recognition. The appropriate Awards Packet including a press release will be mailed. No limits on number of awards.

A minimal administrative fee will apply. 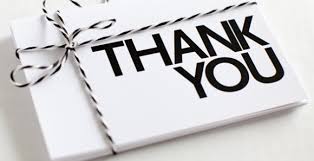 Have an employee that has gone the extra mile?
Passed their probationary period or achieved a milestone with your agency or company?
Nominate them for an award and we’ll issue them a professional presentation award with a Press Release for your local media!
We’ll also include them in our on-line awards page!

THE DIRECTOR’S AWARD
Awarded by a vote from POI Directors

PURPLE HEART
Officer injured in the line of duty

OFFICER OF THE MONTH

OFFICER OF THE YEAR

Submit the form below to appoint an award recipient.

Your award request will be promptly reviewed and your award package forwarded directly to you.

To help with shipping and handling, we ask that you submit $25.00 per award request.
(POI members only, can request one free award request per year)